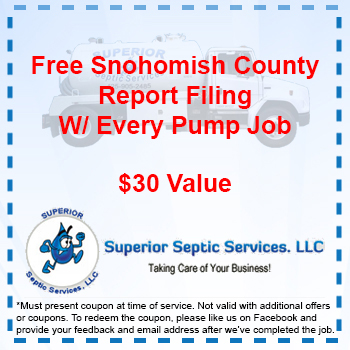 ×
You are here: Home / Quality Septic Repair in Snohomish / Archives for December 2016

When you are in need of septic repair in Snohomish, keep our team in mind this holiday season. Septic repair may not seem like a fun thing to spend you time and money on during the holiday season, but it can end up saving you a lot of money and headaches to deal with it now instead […]

Superior Septic Service would like to make our customers aware of septic inspection in Lake Stevens. Ordinary gravity feed septic tanks need to be inspected at least once every three years, and systems that rely on pumping should be inspected once a year. Some people view the inspections as a sort of imposition, an added […]

We are knowledgeable and committed to provide you real value for your money.

We do only what is necessary and make sure you understand what we will do before the work begins.